Ian has been working in the Old Trafford area of Manchester since 1998 and so uses his intimate knowledge of the area to create images like the sci-fi vista of Millenium Bridge.

His office is just a few minutes walk from Manchester United FC's stadium and the Manchester Ship Canal.

The mix of old and new architecture along the banks of the canal make it a particularly fascinating place for photography. Modernist buildings such as Daniel Libeskind's Imperial War Museum North, The Lowry and the BBC Media City complex are all favourites and Ian particularly loves photographing them in the Winter time when the light is often soft and misty with the fine all-enveloping rain for which Manchester is so famous. 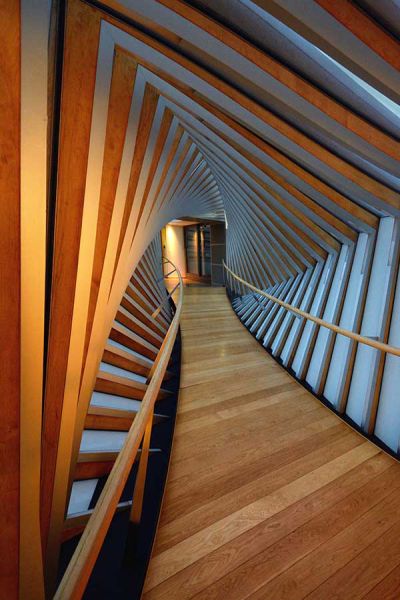