Why Black and White? 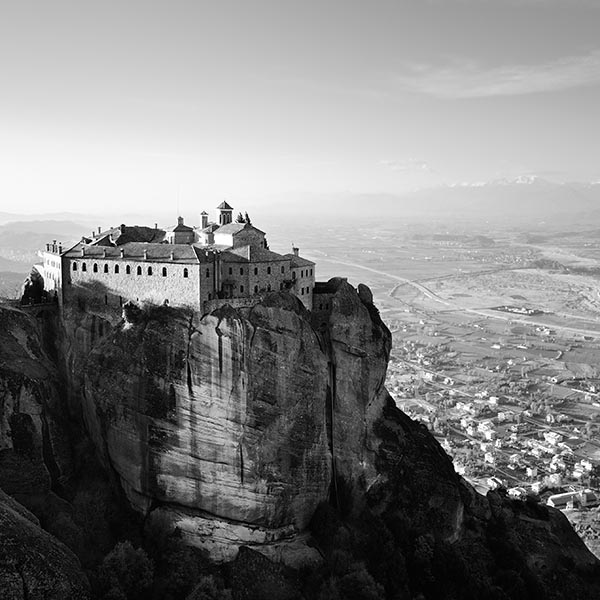 11/10/2013
During October and November 2013 I have some of my photos in a "black and white" themed exhibition of art at the Paperboat Gallery in Ellesmere Port, Cheshire. I was unable to attend the opening evening so the gallery asked me to write a few words about my photos.
Link to photo from my Greece gallery

Why Black and White?

I’m sure that, like me, you will have been lucky enough in your life to have met people whose personality is so wonderful that it shines out from them. If you were asked to describe these people to someone who had never met them would you talk about the colour of the clothes they wore or would you try and describe the deeper aspects of their personality and character that you found so special?

Without the distraction of colour, black and white photography allows me to get closer to being able to show the real essence and inner beauty of the subject of my photos.
What interests me in photography lies in posing questions rather than supplying answers; in the power of suggestion rather than prescription, in exploring the contrasts that pervade our environment and in simplicity and balance:

The idea that “beauty lies in the eyes of the beholder” was first put forward by Plato over 2400 years ago so it’s far from being a new concept. When we look at a beautiful work of art our perception of its beauty comes partly from the skill of the artist but also it comes from within ourselves – from our own personality and the sum of our life’s experiences.

By keeping the composition of my photos as simple as possible and photographing in black and white what I’m hoping to achieve is to allow enough space in the photo for you to see in it a reflection of whatever lies within your own soul.

Love your explanation, very well put and makes wonderful sense, especially for people familiar with your work.
As you know, I also shoot mostly monochrome and do also get the question a lot. I seek to explain it in the sense to reinvent reality. Rarely people photographing in colour would use an image that purely reflects reality: saturation, contrast, etc. gets adjusted. Before PhotoShop, most landscape photographers would use Velvia for over-saturated colours. I just take it to the extreme.