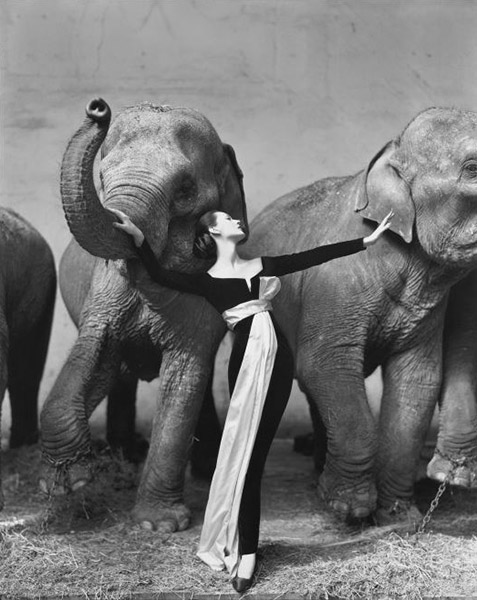 There is a wonderful art gallery near the Place de La Concorde in Paris called the Jeu de Paume. They often show the work of famous photographers and whenever I'm in the city I make sure that I pay a visit if they are putting on an exhibition. I invariably come out feeling inspired and with my heart lifted by what I've seen.

It was by lucky chance that I was in the city in the summer of 2008 when the gallery was showing the first major retrospective exhibition of the work of the photographer Richard Avedon . At that time I had only been interested in photography for a little over a year and was still very new and inexperienced.

Richard Avedon was born in 1923 in New York and spent the whole of his adult life working as a photographer. He died in San Antonio at the age of 81 whilst taking photos on assignment for The New Yorker. He photographed people and fashion, most famously working as chief photographer for Harper's Bazaar and Vogue. 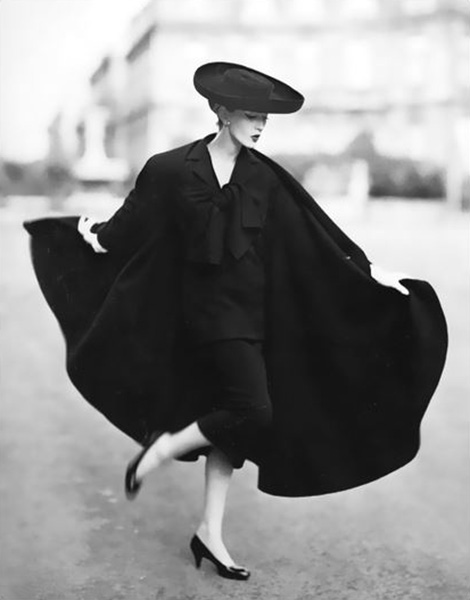 Richard Avedon, Harper's Bazaar, 1950
This photo is typical of his early work. As a new photographer just beginning to get to grips with the difficulties of photographic composition, these early photos by Avedon completely stopped me in my tracks! I thought they were simply the most wonderfully composed photographs that I could imagine with such a fantastic sense of vitality and energy. I so admire Avedon’s majestic control over line and shape and the way in which he plays with contrasting darkness and light in his prints.

The exhibition was set out in chronological order and as I neared the end of the trip around the gallery I was to discover with a sense of shock and puzzlement that later in life Avedon deliberately discarded the brilliant composition of his early fashion photography. The latter parts of the exhibition at the Jeu de Paume showed a radically different attitude and approach by Avedon – an approach which he describes in this quote:
“I've worked out of a series of no's. No to exquisite light, no to apparent compositions, no to the seduction of poses or narrative. And all these no's force me to the "yes." I have a white background. I have the person I'm interested in and the thing that happens between us” 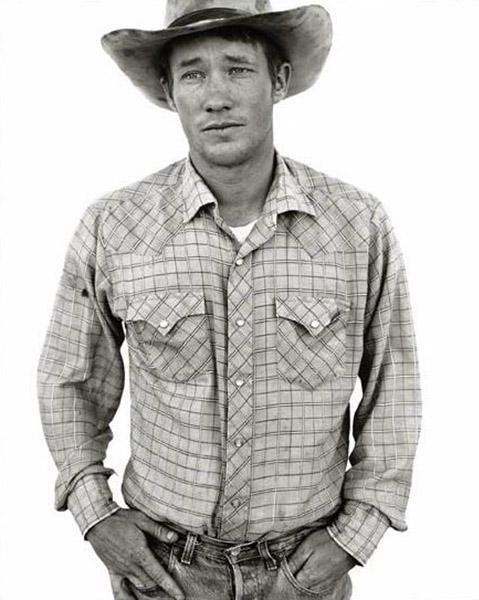 Richard Avedon, "In The American West" - Richard Wheatcroft 1983
This photo is from Avedon’s series of photos called “In the American West” and shows a rancher called Richard Wheatcroft. Avedon was approaching 60 and in poor health when he started the series and it took 5 years to complete. He photographed over 750 ordinary people using a large format 8x10 camera but posed them simply, without apparent composition in front of a plain white background.

The conclusion that Avedon had obviously made was that he considered the deliberate and carefully controlled compositions that were so evident in the fashion photography of his early years to be a distraction from his search in these later portrait photos to reveal some kind of inner truth – to give us a glimpse into the soul of the people he was photographing.

The central issue that I took from this exhibition and which I still think about all the time is this rejection in later life by Avedon of the dramatic approach to composition that is so evident in all of his early work..

My personal interest lies in landscape photography rather than portraiture but this idea of Avedon’s has transferred over into my own work as a series of questions with regard to this struggle between composition and subject:

• To what extent in urban and rural landscape photography should the subject of my photos be allowed to ‘speak’ for itself rather than relying on a formal composition that I have introduced?

• In a formally composed landscape photograph does this composition detract from the landscape or add to it?

• What is more important – the landscape or the photographer?

These questions are epitomised in the two photos below that I took in Dubai in 2014. They show the Burj Khalifa which is the tallest building in the world – even though the two photos are of the same subject you can see that I was interested in exploring the relative importance of composition and subject. 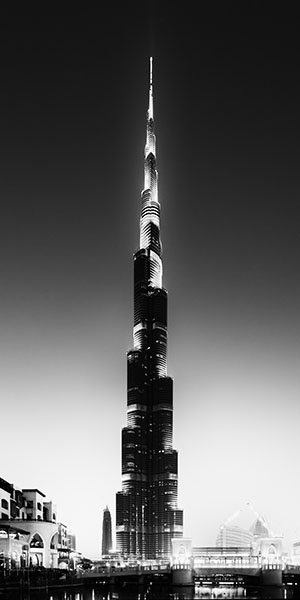 This first photo was taken quite close to the building and draws heavily from the ideas expressed in Avedon’s series “In the American West”. The subject of the photo is facing square onto the camera and fills the frame with no apparent trickery of composition.

I think it shows the impressive height of the building very well. (As an aside I also like the change in contrast in blacks and whites between the building and night sky as the eye moves up and down the frame) 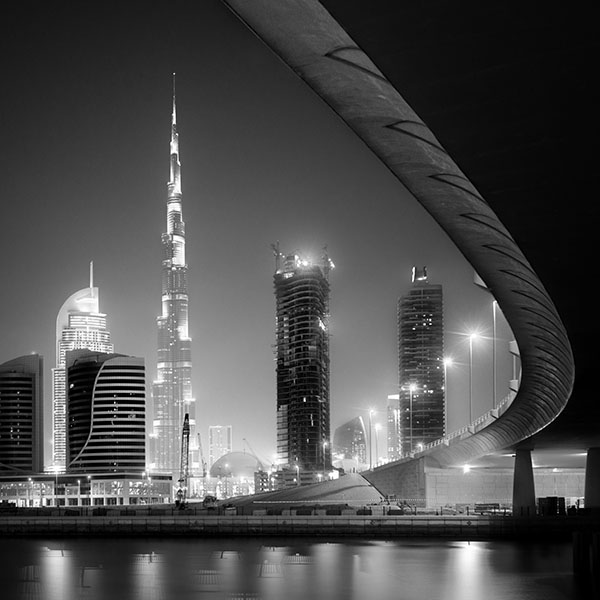 This second photo was taken much further away from the building and shows it more in context with its city environment and adjacent buildings. The photo relies for its success on a deliberate composition that I have introduced by positioning my camera below the curve of a highway overpass and is more in line with those early fashion photos of Avedon’s which are all about dramatic use of shape and line. Frankly, it’s a photo that says more about the photographer than it does about the subject - there's nothing wrong with that in my opinion. It's just the way it is with photographic composition as there are always decisions to be made about what to include and, more importantly, what to leave out of the frame.

I’m not going to say which of the two photos I prefer as the issue of composition v subject is one that I am still constantly struggling with.

I hope that you’ve enjoyed this series about Richard Avedon. If you would like to find out more about the issues I’ve raised there’s some links here:

Hi Ian,
I really enjoyed reading your thoughtful and insightful blog on Richard Avedon and of course enjoyed the photos you showed of his to illustrate the points you made.

More so, your two photos of the Bhurj Khalistan in Dubai are stunning and really made me think of the composition-v-subject debate.

I still hear a particular judge's comment in my head when he said "I can see where the photographer is coming from here but...". He clearly didn't!

I love Monochrome and your photos are stunning. I can't wait to see you and hear your talk to us on Monday at South Manchester Camera Club.